Uganda is endowed with sun light all year round. Solar energy can be easily converted into electricity and help boost Uganda’s electricity sources.  Solar is a renewable energy source with no environmental degradation. In Europe, solar is being harnessed by all players in the market. Germany which is one of the leading solar electricity producers has less than 1,100 kwh per square meter and yet Uganda has over 2,000 kwh per square meter nearly double that of Germany.

One wonders why isn’t Uganda tapping this vast resource?

First and foremost, Solar electricity is basically achieved by installing solar panels to capture the sun’s radiation the radiation is converted into electricity. In the last few years prices for solar panels have fallen significantly thereby making it more affordable for smaller enterprises to generate electricity. What complicates the equation is batteries. Batteries are quite expensive and the cost is even higher for good quality batteries. Because of this factor it is better to produce solar electricity and feed it directly into the grid. In fact this is what is done in Europe and the Americas.

The benefits of clean energy are enormous and ought to be enjoyed by the populace of Uganda. Opening the legal framework for electricity generation will go a long way in improving access to renewable clean energy by Uganda’s populace 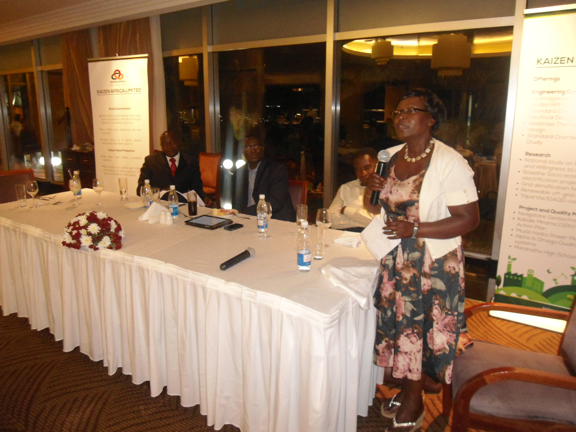 Building a Culture of Safety

Building a Culture of Safety As the East African region developes its oil and mineral resources, it…[...]